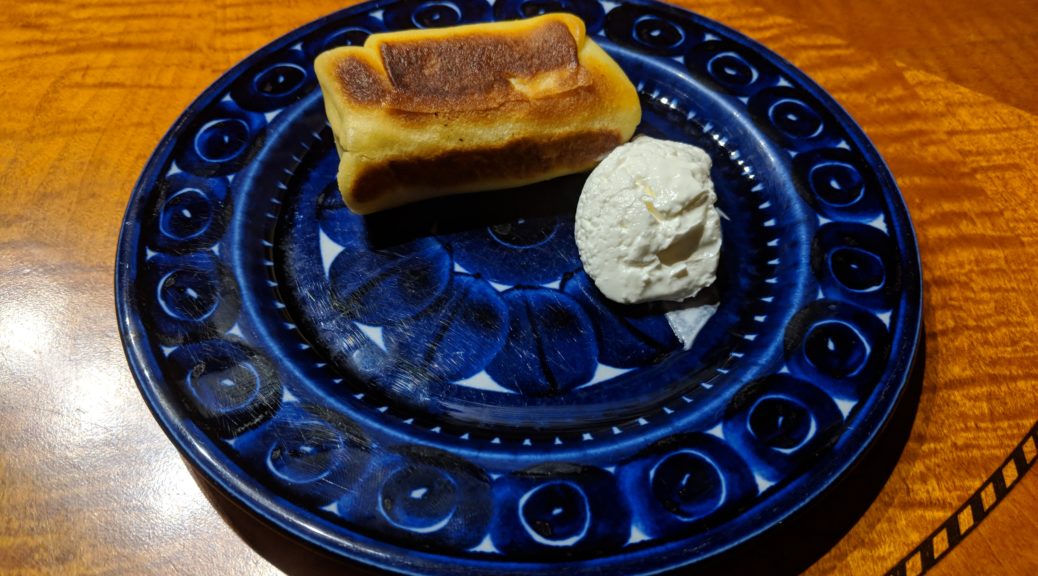 A classic filling
Makes enough filling for about 16 blintzes, but your mileage may vary.
Shopping List

First off, the amount of farmer cheese is a range because the primary producer of packaged farmer cheese, Friendship Dairies, has reduced the size of their packages from eight ounces to seven. If you can buy farmer cheese in bulk, buy the larger amount, but also, don’t bother buying 3 packages of farmer cheese just to get to 16 ounces. This recipe isn’t that precise.

Read the notes at the end of this recipe if you would like to flavor the cheese filling differently, as my mother did, or if you can’t find farmer cheese.

In a mixing bowl, combine:

Mix thoroughly. Fill the Blintzes as described in that recipe, making sure you don’t overfill them. Cook them as described there.Â My mother would often serve these with a Blueberry Sauce although I personally prefer sour cream.

NOTE:Â If you are unable to locate farmer cheese, don’t despair. My mother often had that problem in Colorado and came up with two substitutions. For the recipe above she would drain 2 cups of cottage cheese in a strainer to eliminate some of the liquid: it probably took a 2-3 hours. Alternatively, she’d use equal parts (8 ounces each, by weight) of cream cheese and dry curd cottage cheese, which is much drier than farmer cheese.

Inspired by my mother’s recipe.